The Chinese Foundation of Health (CFOH), a semi-governmental non-profit institute, was established in 1990. CFOH took charge of many screening projects assigned by the Department of Health, Executive Yuan, such as large-scale urinary screening of kidney diseases and diabetes mellitus in school children for 10 years, neuroblastoma pilot screening, and so on. Since 2000, CFOH has been responsible for newborn screening project.

Newborn screening in Taiwan started as a pilot program in 1981. The coverage rate increased to 90% in 1990, and is currently more than 99%. Screening services are routinely coordinated and centralized in three national newborn screening centers, with each center responsible for one third of the area (60,000-70,000 cases, about ~33.3% of all newborns) of newborn screening projects.

The birth centers are responsible for collecting dried-blood spot (DBS) specimens. The DBS would be sent to newborn screening center within 24hr after collection. In CFOH, 100% of DBS would be screened for 11 items and all the results would be reported within 72hr. More than 98.5% DBS will be completed with all the screening procedures by the time newborns are 8 days old. If the data is suspicious or highly positive, we will collect the second specimen or refer to hospital for confirming the disease. We have set up feasible and efficient systems to ensure that every newborn would receive appropriate care and treatments.

Four diseases including PKU, HCU, CHT, and galactosemia were screening in the beginning, and then in 1987 glucose-6-phosphate dehydrogenase (G6PD) were added to the project. Since 2006, individual voluntary programs for congenital adrenal hyperplasia (CAH) and congenital metabolic diseases (MSUD, MCAD, GAI, IVA, MMA) screening by MS/MS method has started. Taiwan government assigns these 11 items and gives a subsidy of USD $6.8 (total for USD $16). Pilot studies of the other 20 screening items including amino acid, fatty acid, and organic acid diseases by MS/MS methods are totally free.

In the past decade, a fluorometric assay using dried blood spots (DBS) has been successfully developed and is a useful tool for lysosomal storage disease screening initiatives. Subsequently, CFOH started to conduct a large-scale newborn screening program for Fabry diseases in 2006. We screened 3,042 renal hemodialysis patients, but did not find any positive cases. In 2007, we screened 9,985 DBSs, identified 8 cases with low enzyme activity, and two of which were confirmed by genetic tests. The Fabry and Pompe studies were approved by the ethics committee of the Taipei Veteran Hospital, Taiwan, since 2008. We screened more than 100,000 DBS for Fabry and Pompe diseases. For Fabry disease, we reported high prevalence (~1:1600 in male) of the cardiac variant Fabry mutation IVS4+919G>A among both newborns and patients with idiopathic hypertrophic cardiomyopathy. For Pompe disease, by the use of effective newborn screening system and accurate diagnostic protocol, we could detect infantile Pompe cases more quickly and apply first-time ERT to patients as soon as possible.

In recent years, Dr. Gelb in Seattle Washington University, have demonstrated high-throughput tandem mass spectrometry (MS/MS), which was proven to be a sensitive technology for large-scale screening of several LSDs, including Gaucher, Fabry, mucopolysaccharidosis I, Pompe, Krabbe, and Niemann-Pick A or B diseases. CFOH is the first newborn screening center which uses MS/MS technology of large scale multiplexed screening for LSD since 2010 in Asia-pacific region.

In Oct. 2010, we attended 7th Asia pacific regional meeting of the international society for neonatal screening, and presented our pilot study of Gaucher disease. The title is “Detection of acid α-glucocerebrosidase activity for Gaucher disease in dried blood spot by tandem mass spectrometry”. We got the first winner of free paper poster presenter in the international conference. All of the jury praised our efforts and it is the greatest encouragement for us on the LSD study. Consequently, the Gaucher study was approved by the ethics committee of the China Medical University Hospital, Taichung, Taiwan in September, 2011. Parental informed consent was obtained for each item and each sample collected. MPS I pilot study has been conducted anonymously since April 2012, combined with the Fabry, Pompe, and Gaucher study. Besides newborn screening in lysosomal storage diseases, we also discovered some biomarkers for following up those diseases, such as Lyso-Gb3/Gb3 for Fabry disease, GLc4 for Pompe disease, and CCL18/Chitotriosidase for Gaucher disease. These biomarkers have shown better performance and discrimination in evaluation of the clinical course and follow-up for the subjects with lysosomal storage disease.

Besides MPS I, a retrospective epidemiological survey revealed that MPS II had the highest calculated birth incidence (52% of all MPS cases diagnosed) in Taiwan, followed by MPS IV (Morquio syndrome, 39%), MPS III (Sanfilippo syndrome, 33%), and MPS VI (Maroteaux-Lamy syndrome, 11%). Since MPS II is the most common and severe type in Taiwan, we’ve been investigating the screening method for MPS II by fluorometric method or enzyme-linked immunosorbent assay. For the advanced technology, it is possible to screen MPS II, IVA, VI and the other 6 lysosomal storage diseases by using 1 or 2 reaction buffers with HPLC-MS/MS method. Since we not only have experience with MS/MS technology for more than ten years in newborn screening projects but also will have 5th tandem mass system including ultra-performance liquid chromatography, the screening for 9-plex lysosomal storage diseases by UPLC-MS/MS would be another solution in CFOH.

There are some other pilot studies carried out by CFOH. We established the methods for detecting cytomegalovirus (CMV) DNA, CMV IgM/IgG, and Rubella IgM/IgG in dried blood spots. We also found congenital CMV as one of the leading causes of sensorineural heorphyrin isomers, and RBC PBGD test. The other project was to detect urine pterin and blood DHPR in high risk group of Phenylketonuria. For the future work, we would like to set up the newborn screening methods for detection of MPS, other lysosomal storage diseases like MLD (Metachromatic Leukodystrophy), and muscular dystrophy disease (DMD). Based on our efforts on newborn screening program and other studies, we hope that all the patients in Taiwan could be diagnosed and treated at the earliest opportunity, which might be the critical factor for better outcome of these diseases. 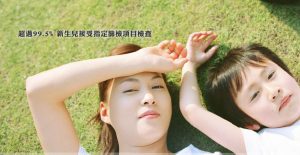 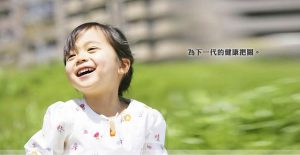 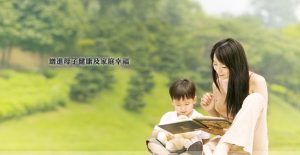 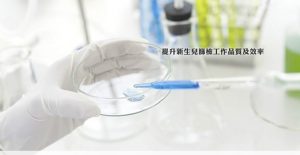